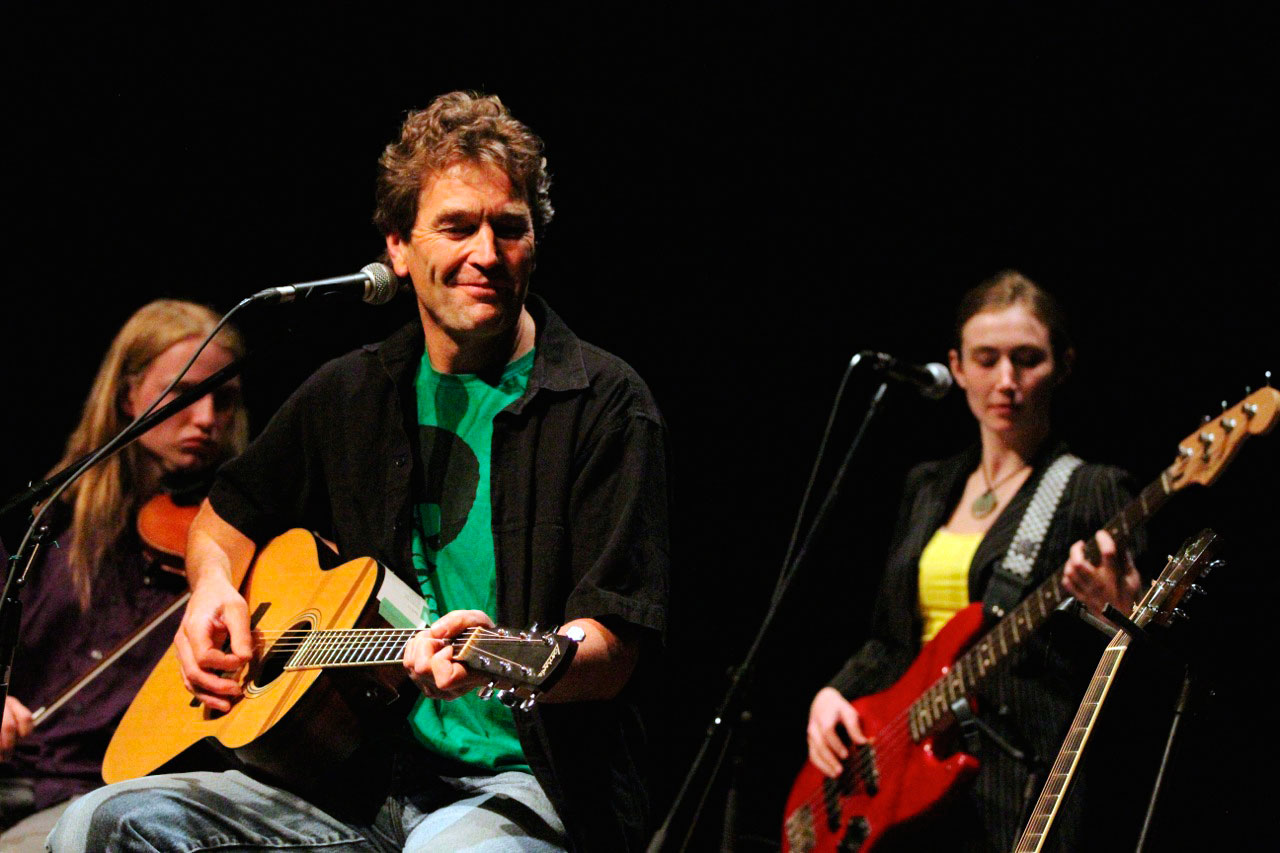 A Mark Perry concert is like a Canadian roadtrip…

Mark Perry is one of Canada’s great bards, known and loved for his socially-narrative, good-humoured and thought-provoking songs. He sweeps you up in animated tales of Canadian characters and events, often paying homage to the creative resilience of rural townsfolk — the stuff that shows up when mills, mines and fisheries are shutting down, rivers are rising, and when buying the family car means trading “two cords of wood and 24 beer”. This popular songwriter released his 13th album, ‘Northwest’, in late fall of 2021. He is a storyteller of time & place, connecting us from coast to coast.

A dozen albums strong, Mark Perry is deeply loved in Canada for his good-humoured and thought-provoking performances that get festival audiences up on their feet and make theatre crowds feel like they’re in his living room. He sweeps you up in emotional and animated tales of sinking ferries, rising rivers, NHL dreams, or buying a car for “two cords of wood and 24 beer”. Towns dying, towns being born… this Canadian singer-songwriter draws us in to reflect and to laugh as he pays tribute to real characters and events in rural Canada.

This popular songwriter released his 13th album, Northwest, late fall of 2021. While multiple generations of northern BCers grow up singing his lyrics by heart, Perry has recently branched out on a national level. After performing at Folk Alliance International in Montreal and New Orleans, he saw a surge of interest and airplay across Canada, the US, the UK and New Zealand. In 2020 he was recognized by Roots Music Canada for his 2019 single premiere of “Cold Road” in their Top 10 most popular reads. At the start of the Covid-19 pandemic in 2020, Perry released a song and quirky video “Flatten out the Curve” that went viral on Facebook and was picked up by newspapers and radio DJs across Canada and the US.

Perry has been writing, recording and performing since the mid-1990s when he recorded his first album with Roy Forbes and Shari Ulrich, and headed out on to tour with Connie Kaldor as her opening act. These days he sells out his own theatre shows in western Canada, currently touring with a variety of talented accompanists including Mark Thibeault (Hungry Hill), Tobin Frank (Spirit of the West), Ian Olmstead (Alex Cuba), and Mip (Mip Power Trio). With 13 albums of rich material, Perry has a large repertoire of both contemplative and lively songs to suit his audience¬¬; he enraptures you with a dirt road ballad one minute and has you cutting a rug to a river-rising frolic the next.

These days Perry is focused on writing and creating music in his home-based studio and runs a small horse farm with his wife Jane in a beautiful mountain valley outside Smithers BC.